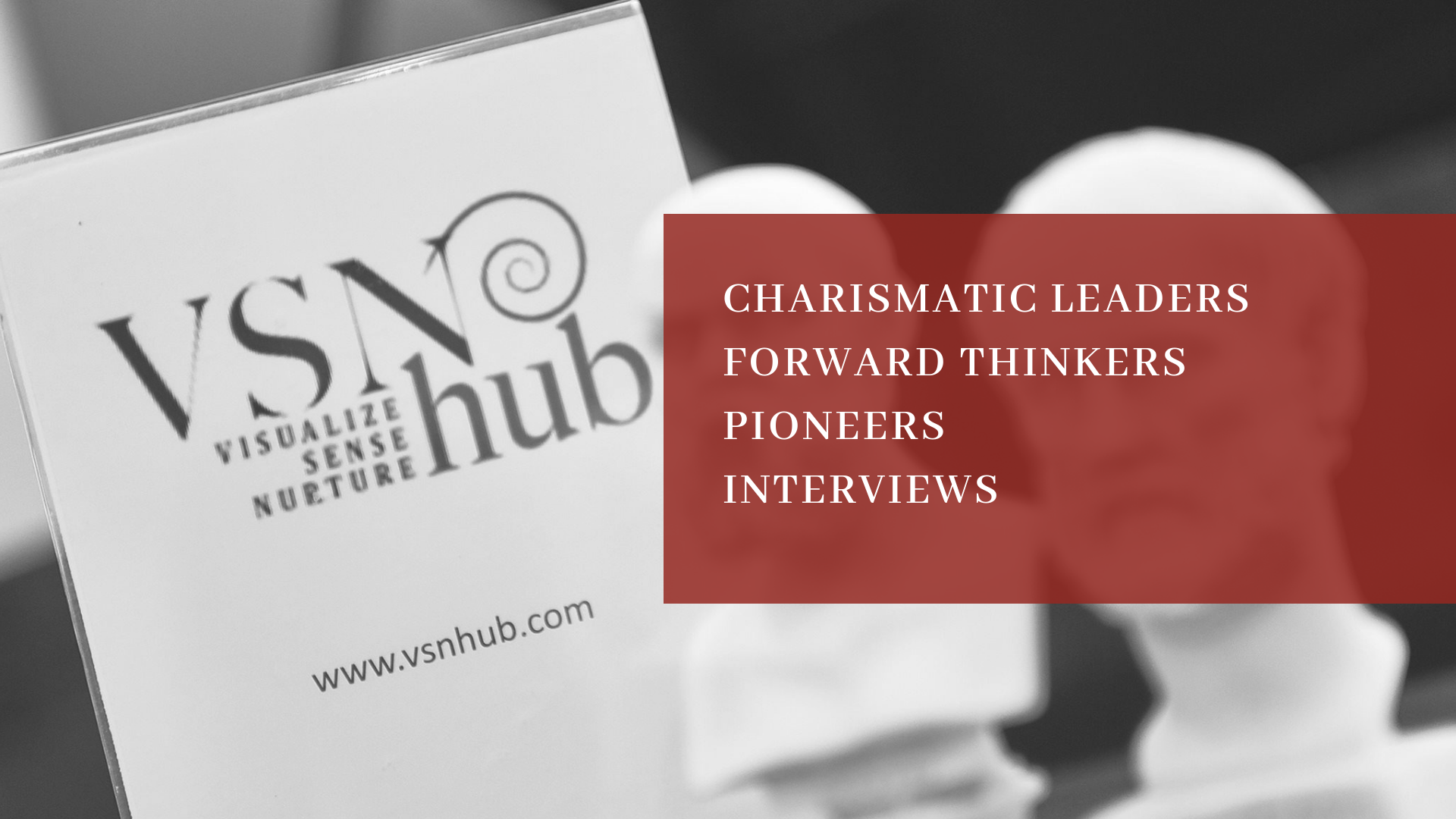 VSN HUB team is pleased to announce the addition of a new section within its ongoing projects: Charismatic Leaders Interviews.

In this section, we will introduce to the public people that have been setting new standards of excellence in their field.

Like most other ancient philosophers, Plato maintains a virtue-based eudaemonistic conception of ethics. That is to say, happiness or well-being (eudaimonia) is the highest aim of moral thought and conduct, and the virtues (aretê: ‘excellence’) are the requisite skills and dispositions needed to attain it. If Plato’s conception of happiness is elusive and his support for a morality of happiness seems somewhat subdued, there are several reasons.

First, he nowhere defines the concept or makes it the direct target of an investigation, but introduces it in an oblique way in the pursuit of other questions. Second, the treatment of the human good varies in the different dialogues, so that readers find themselves confronted with the problem of what to make of the discrepancies in different works.

This touches on a fundamental problem with Plato’s work – namely whether to follow a ‘unitarian’, ‘revisionist’, or ‘developmentalist’ approach to Plato’s writings. Whereas unitarians regard the dialogues as pieces of one mosaic, and take the view that Plato, in essence, maintains a unified doctrine from his earliest to his latest works, revisionists maintain that Plato’s thought underwent a fundamental transformation later in his life, while ‘developmentalist’ hold that Plato’s views evolved significantly throughout his career.

While revisionism has lost its impact in recent years, developmentalism has gained in influence. Although there is no unanimity, few Unitarians deny nowadays that the character of Plato’s early, middle, and late works differ in style, language, scope and content, as is to be expected in a philosopher who worked for more than fifty years. Most developmentalists, in turn, agree that it is impossible to line up Plato’s works like pearls on a string and to reconstruct his progress from dialogue to dialogue; for example, where the views expressed in different dialogues seem to disagree there may be complementation or supplementation at work, rather than divergence.

Given that Plato never speaks in his own voice, it is important to take note of who the interlocutors are and what role is assigned to Socrates, if he is the main speaker. Plato’s dialogues should never be treated in isolation when it comes to the reconstruction of his doctrine, but even the comparison and contrasting of ideas presented in different dialogues is not a sure recipe for interpreting this elusive thinker’s views.

Plato’s so-called ‘Socratic’ dialogues share certain characteristics as a group. They are short interrogations by Socrates of the kind indicated in his explanation of his divine mission in the Apology. They seem designed to undermine unquestioned traditional views and values rather than to develop positive accounts, although they sometimes contain indications that seeming dead ends are not real dead ends.

The positive accounts contained in the middle dialogues – the so-called ‘Platonic’ dialogues – that are grouped around the Republic – treat happiness in different ways as a state of perfection. The exact nature of this state is not easy to pinpoint, however, because it is based on metaphysical presuppositions that are, at least prima facie, both hazy and out of the realm of ordinary understanding. There is not, as there is in Aristotle, an explicit determination of happiness as a self-sufficient state of the active individual. Instead, at least in some texts, Plato’s moral ideals appear both austere and self-abnegating: The soul is to remain aloof from the pleasures of the body in the pursuit of higher knowledge, while communal life demands the subordination of individual wishes and aims to the common good.

The difficulties of assessing Plato’s ethical thought are compounded by the fact that the metaphysical underpinnings seem to have changed during his long life. In the Socratic dialogues, there are no indications that the search for virtue and the human good goes beyond the human realm. This changes with the middle dialogues, which show a growing interest in an all-encompassing metaphysical grounding of knowledge, a development that leads to the positing of the ‘Forms’ as the true nature of all things, culminating in the Form of the Good as the transcendent principle of all goodness. Though the theory of the Forms is not confined to human values, but encompasses the whole of nature, Plato in the middle dialogues seems to assume no more than an analogy between human affairs and cosmic harmony. 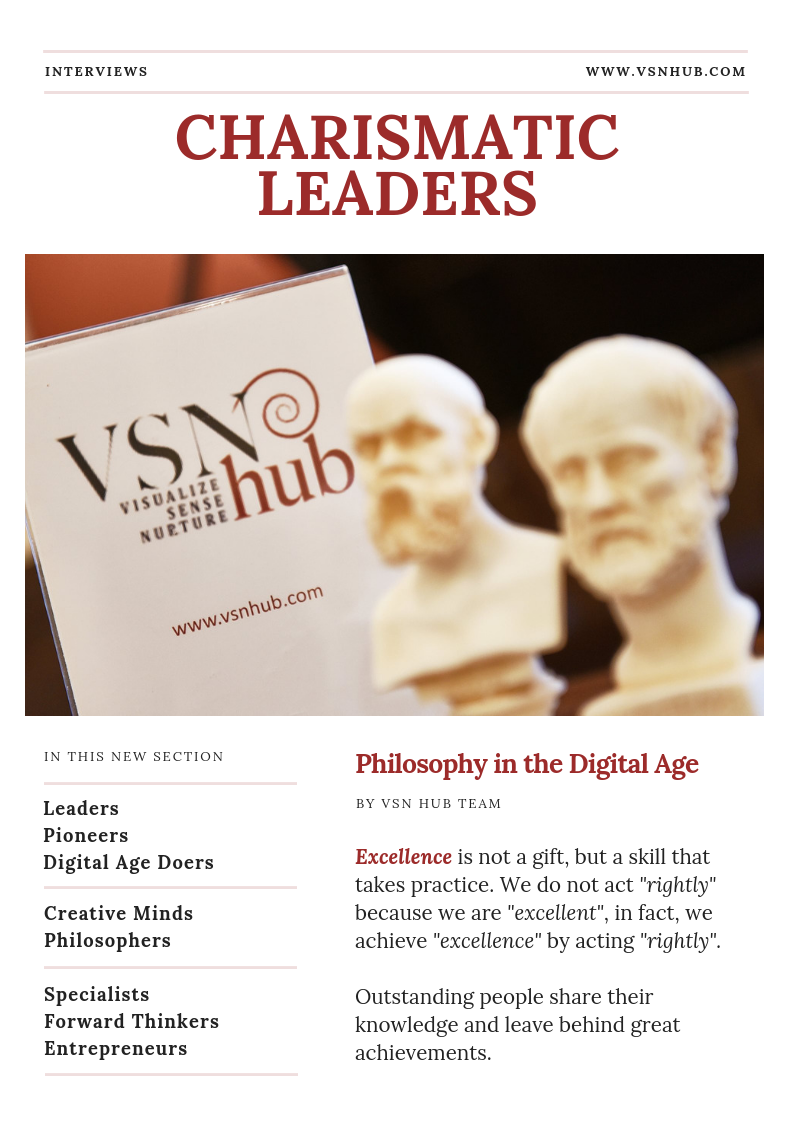 The late dialogues, by contrast, display a growing tendency to assume a unity between the microcosm of human life and the macrocosmic harmonic order of the entire universe, a tendency that is displayed most fully in the Philebus and the Timaeus. While these holistic tendencies appeal to the imagination because they rely on harmonic relations expressed in mathematical proportions, the metaphysical status of the Forms is even harder to make out in the late dialogues than in the middle dialogues.

Though Plato’s late works do not show any willingness to lower the standards of knowledge as such, Plato acknowledges that his design of a rational cosmic order is based on conjecture and speculation, an acknowledgment that finds its counterpart in his more pragmatic treatment of ethical standards and political institutions in his latest political work, the Laws.

Finally, at no stage of his philosophy does Plato go into a systematic treatment of, or and commitment to, basic principles of ethics from which rules and norms of human interaction can be derived and justified. Instead, Plato largely confines himself to the depiction of the good soul and of what is good for the soul, on the assumption that the state of the soul is the necessary and sufficient condition for the good life and its moral precepts. This abstemiousness explains the widely diverging reconstructions of Plato’s ethics in the secondary literature from antiquity to this day. Source: Plato’s Ethics, Stanford