An open dialogue inspired by the philosophy of Aristotle Nicomachean Ethics. The dialogue’s topics introduce to the public: 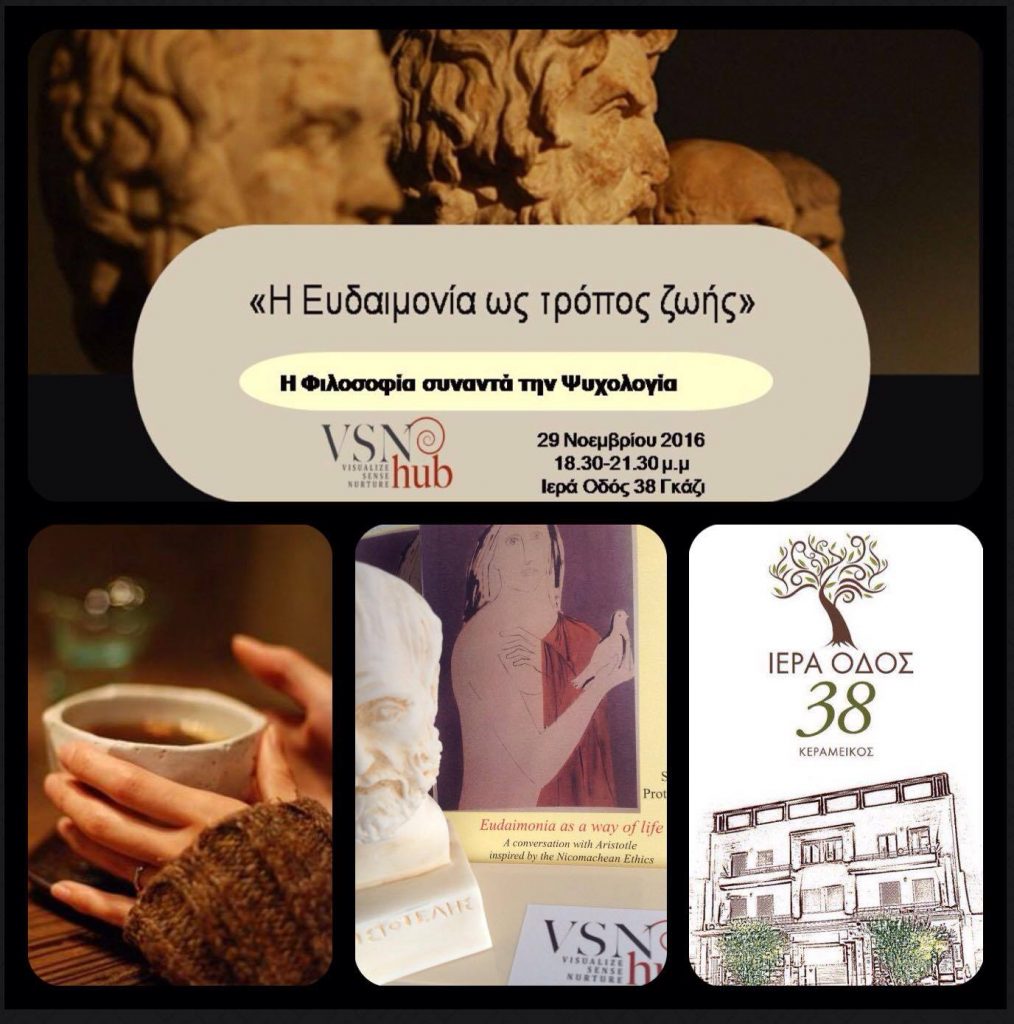 The Nicomachean Ethics (Ancient Greek: Ἠθικά Νικομάχεια) is  Aristotle’s best-known work on ethics. The work of Aristotelian ethics, consists of ten books, originally separate scrolls, and are based on notes from his lectures at the Lyceum. The title is often assumed to refer to his son Nicomachus, to whom the work was dedicated. Alternatively, the work may have been dedicated to his father, who was also called Nicomachus.

Aristotle (Greek: Ἀριστοτέλης Aristotélēs, pronounced [aristotélɛːs]; 384–322 BC) was an ancient Greek philosopher and scientist born in the city of Stagira, Chalkidiki, in the north of Classical Greece. Along with Plato, Aristotle is considered the “Father of Western Philosophy”, which inherited almost its entire lexicon from his teachings, including problems and methods of inquiry, so influencing almost all forms of knowledge.

The philosophical open dialogues last for two hours and they are organized for small groups of managers and senior executives.

We read seminal and representative philosophical texts from different eras and schools of philosophy. We discuss and analyze them with the aim to identify why they are relevant to the business world, the contemporary manager, the inspired leader and how they can ignite proactive strategy.

Are you interested in working with us? Read more here>>